THE FIRM YOU CAN TRUST

BPCL Law aims to continue being the law firm that its clients trust because of the manner in which it attends to its clients’ legal concerns and requirements. Its goal is to become the firm of choice of clients who need the high-quality legal services that they deserve and that BPCL Law provides.

BPCL Law is committed to be a full-service law firm that provides competent advice, effective solutions and prompt legal services tailored to the needs of its clients.

BPCL Law will consistently provide practical, innovative and comprehensive solutions to all legal issues that arise in the different aspects of its clients’ business and personal concerns.

BPCL Law will continue to apply the collective legal expertise and experience of all the members of its legal team in order to proactively deliver legal services beyond what its clients expect.

In providing service to our clients, all the members of BPCL’s Legal Team, as well as its Support and Administrative staff, shall be guided by the following values: 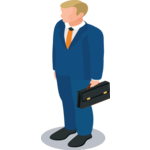 We conduct ourselves in a manner befitting our calling as legal advocates while adhering, at all times, to the code of conduct governing our profession as providers of legal service. 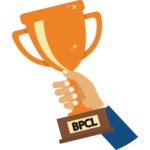 We continuously upgrade our legal knowledge and skills to enable us to successfully and efficiently address our clients’ legal concerns.

We are guided by our moral compass of honesty, probity, rectitude, fairness and decency in the performance of our tasks. 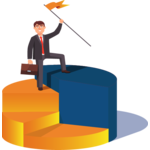 We take responsibility for the legal services we deliver to our clients always putting first our clients’ best interests. 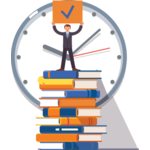 We act on our clients’ requests immediately, meet our commitments in a timely manner and perform our tasks and complete our assignments without delay. 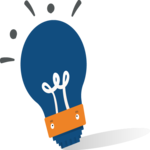 We find the best approach to dealing with the different kinds of legal problems confronting our clients, employing innovative and imaginative strategies in finding the right solutions. 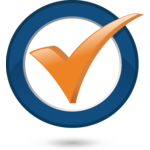 We comport ourselves, in the discharge of our responsibilities to our clients, in a dependable and credible manner so that we will always be the Firm that our clients can continue to trust.

Atty. Antonio M. Bernardo and Atty. Damian M. Placido, Jr. were high school classmates at the Don Bosco Technical Institute. They also went to the same university, Ateneo de Manila University, for their college studies. After college, they went to pursue different careers in the private sector. Eventually, they went to different law schools for their law degrees – Atty. Bernardo at the Ateneo de Manila School of Law and Atty. Placido at the University of the Philippines College of Law.

After passing the Bar examinations, the two pursued their careers in the corporate world and in different law firms. In 2002, Atty. Bernardo was appointed Commissioner of the Bureau of Customs. Shortly after his appointment, he invited Atty. Placido to join him at the Bureau as the Director for Legal Services. Two and a half years later, both of them returned to the private sector.

In 2007, Atty. Antonio M. Bernardo and Atty. Damian M. Placido, Jr. formed a law partnership, then known as Bernardo Placido Law Offices. It did not take long for the new law firm to expand with the addition of young and highly skilled lawyers. Atty. Luisito C. Deveza, Atty. Dennis L. Chan and Atty. Manuel L. Lasam, Jr. joined the Firm as associate lawyers in 2007, shortly after the Firm was founded. All three graduated from the Ateneo School of Law.

In the next few years, the Firm’s client base quickly expanded. The Firm began hiring more associate lawyers to provide legal services to the Firm’s increasing number of clients.

In November, 2010, Atty. Bernardo was appointed as Commissioner and Chief Executive Officer of the Housing and Land Use Regulatory Board (HLURB). With this development, the Firm was reorganized and renamed as Placido Deveza Chan Law Offices. When Atty. Deveza left the Firm in 2013 to join a private company as in-house counsel, the Firm became Placido Chan Law Offices.

Even during the absence of Atty. Bernardo, the Firm continued to expand, serving more clients in more areas of law practice.

Upon completion of his six-year term at HLURB, Atty. Bernardo returned to the Firm as Chairman of its Executive Committee with Atty. Placido remaining as the Firm’s Managing Partner. The Firm then became known as the Bernardo Placido Chan Law Offices.

In late 2019, BPCL Law moved to its current and more spacious office where it now provides a comfortable workspace for its lawyers and staff and where they can receive clients in an atmosphere conducive to discussing and addressing their legal concerns.

Throughout its existence and in spite of the various organizational changes, BPCL Law has remained committed to its Firm Philosophy. It has continued to develop and train its lawyers and non-legal support staff to attain the level of competence required to provide its clients the level of service they deserve. It has continuously streamlined its office systems and upgraded its office equipment and facilities to ensure prompt and efficient delivery of services to its clients.

BPCL Law has continued to be the Firm that our clients can trust.